The name Yooka is a two-name pun with Laylee, as both words are being used to form the musical string instrument known as the ukulele (although it is more of a mis-pronunciation, as ukulele is a Hawaiian word and is meant to be pronounced "ooh-kooh-leh-leh" literally meaning "jumping fleas").

According to Steve Mayles, Yooka's name has a second meaning. Yooka's name was based off of the Hawaiian word "uku", which means "small brained person" or simply flea.[1]

Ironically, the name "Yooka" is a homophone with a real life male human name: Luca.

Protagonist Yooka is described as "a green bloke with no pants." The character is a lime-green colored, male chameleon. He is further described as having eyes that are blue in color, and these are surrounded in arched, dark-green markings. He also has a long curled tail, pronged casque upon his head, and even scarlet-red markings and spikes upon his back, eyelids, hands, toes, and tail. He has a round yellow patch upon his torso.

Yooka is the easy-going, adventure-craving half of the buddy-duo.[2] Always having a calm attitude and keeping Laylee at bay, he is an affable, intelligent and relaxed chameleon.

Steve Mayles originally designed a tiger, but this was changed to make him appear more like an underdog, as tigers are usually seen as strong creatures. Steve Mayles then went with a frog, but decided to scrap that idea. At one point, Playtonic Games even experimented with insects as well.[3] A friend of Steve Mayles told Steve to check out the game Chameleon Twist 2 on the Nintendo 64, and Steve Mayles got the idea of a Chameleon as the main character.[4] 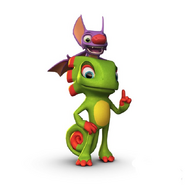 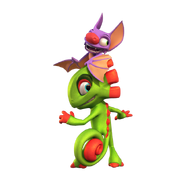 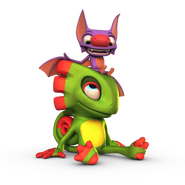 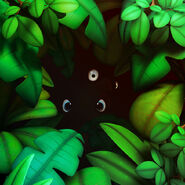 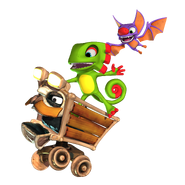 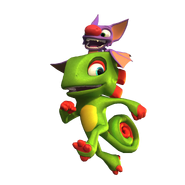 Model of Yooka and Laylee 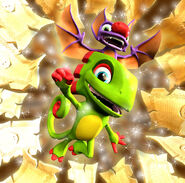 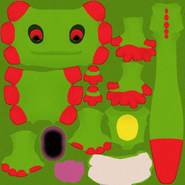 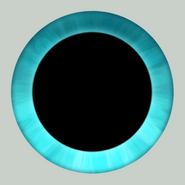 Yooka's eye
Add a photo to this gallery 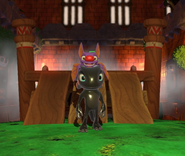 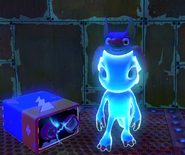 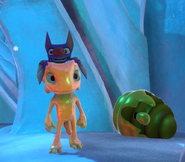 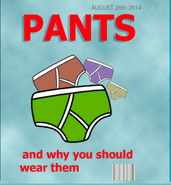 Yooka's magazine, "Pants, and why you should wear them."
Add a photo to this gallery

Retrieved from "https://yooka-laylee.fandom.com/wiki/Yooka?oldid=31603"
Community content is available under CC-BY-SA unless otherwise noted.