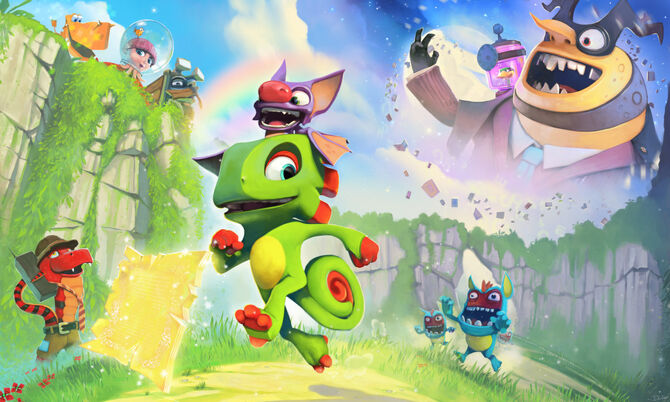 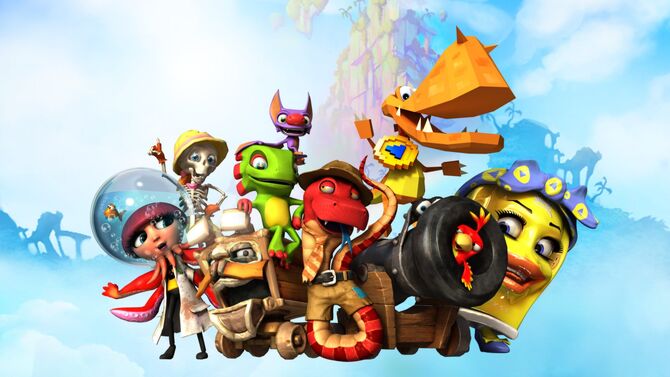 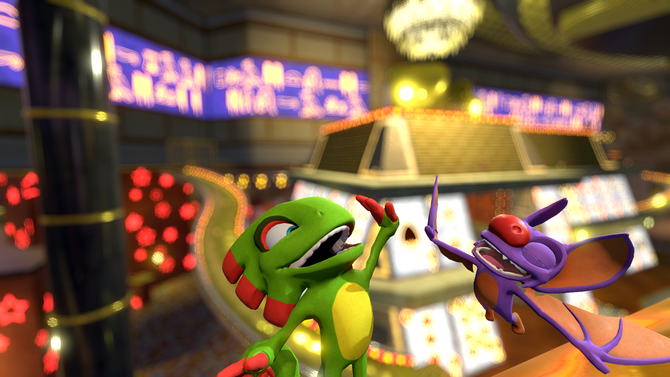 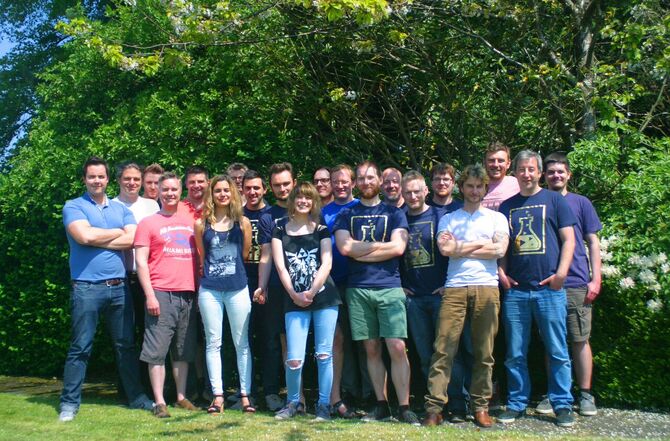 Welcome to the Wiki

Welcome to the encyclopedia about the upcoming game Yooka-Laylee!

Meet the colorful cast of Yooka-Laylee!

Check out the masterminds behind Yooka-Laylee!

Yooka-Laylee Wiki (Yookapedia) is a collaborative encyclopedia for everything related to Yooka-Laylee, developed by the brand-new indie developer, Playtonic Games. There are 357 articles and growing since this wiki was founded in March 2015. The wiki format allows anyone to create or edit any article, so we can all work together to create a comprehensive database for Yooka-Laylee.

About this Wiki | Rules & Guidelines | Admins
About the Series

Yooka-Laylee (originally Project Ukulele) is a 3D platforming collect-a-thon video game developed by indie developer Playtonic Games. It was first announced in February of 2015 and was released on April 11th, 2017 for Xbox One, PC, Playstation 4, Mac OS and Steam. The Nintendo Switch version was released on December 14th.

Yooka-Laylee and the Impossible Lair (formerly code-named Project Bounce and named Yooka-Laylee in Plan Bee) is a 2D platformer/adventure hybrid video game developed by Playtonic Games. The game was released on Steam, PlayStation 4, Xbox One, and Nintendo Switch on October 8 2019, and was be published by Team17. The game is physically available on all platforms aside from Steam.

Around the Wiki
Other Yooka-Laylee Communities!
Help us out!
Contents

Want your community included? See how!

Links to other Yooka-Laylee related websites: